What Are the Advantages of Breastfeeding?

For any new mom, the idea of breastfeeding has been introduced to us as a fate- something that we have to do. Some say that breastfeeding can has so and so benefits. Of course, with the world offering other options, formula feeding has emerged as an important aspect of nourishing infants.

However, doctors and a lot of parenting groups still agree that breastfed milk or simply milk that came from the mother is the best way to nourish a small infant.

Here are the reasons:

Breastfeeding helps the baby to get the best kind of nutrition to sustain his development until he grows bigger. 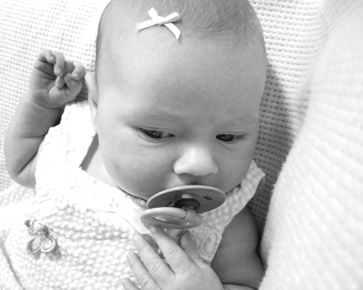 Breastfeeding is highly suggested due to its incredible diversity of nutritional values. The first milk that is released by a mother is called colostrum. It is a rich, yellowish substance that is also called beestings. Colostrum may be limited in amounts but it is concentrated with vitamins and minerals. It also contains various helpful components such as immunoglobulins, lactoferin, Lysozyme, helpful bacteria, carnitine, and fatty acids. Nutrition-wise, breast milk contains whey and casein which are forms of protein, carbohydrates, and tons of vitamins to keep the baby healthy, protected against possible infections and foreign contaminants and to encourage the development of the body and immunity. Breast milk also has a laxative effect and this helps the baby in releasing meconium or the first stool.

Breastfeeding encourages closeness between the mom and child

A mother develops a psychological and emotional connection with the child by means of breastfeeding. Being able to sustain them with something that no other person or manmade product can offer is a feat of triumph for a new mommy. Her closeness to the child symbolizes a bond that is and will forever be treasured. In fact, for mother, breastfeeding the first time can be a very momentous event and therefore, it is something that is inscribed to her mind forever more. Of course, for a working mother, breastfeeding might not always be advantageous but some moms use pumps so that at the very least, she could provide the necessary nutrition to the baby. Nonetheless, it is a powerful bond between the mom and her child.

According to the World Health Organization, breastfeeding within the first six months has been proven to show an increase in weight loss for moms. However, there were some studies conducted that show that this might be isolated to some women and not the entire breastfeeding population the fact is that breastfeeding increases prolactin production that aids in the increase of appetite. Also, the physical activity of the mother will also vary. Nonetheless, for any breastfeeding mother, it is not ideal to use this as a reason or a main reason, rather, to start doing it. Breastfeeding is something that a mom chooses to do for herself and her kid.

Contrary to popular belief, breastfeeding will NOT make your breasts sag. Some women do not like the idea of breastfeeding due to this issue. However, other factors like age, number of kids and vices can in fact, cause your breasts to sag, but it does not have to with giving your child the best nutrition he can get.