I have gone two weeks without snacking, for perhaps the first time in my life since I started solid foods. In the past, when I would endeavor to give up “sweets” during Lent, I would still allow myself a soft drink, or a pretzel, or some other comfort food between meals, and would generally revert to snacking on Sundays (considered days of feasting, not fasting).

It’s no small thing to take up a challenge and stick to it. Before I started, I imagined that I would be sorely tempted to cheat, especially early on, and had even prepared mental drafts of my excuses (“I felt it would be more accessible to others if I revealed my weaker side by eating the entire cheesecake…”). The greatest surprise to me is how easy it has been to stay true to my purpose. This doesn’t mean that I won’t “fall,” of course, or lose hope if I do, but it doesn’t seem to be the great temptation I thought it would be. 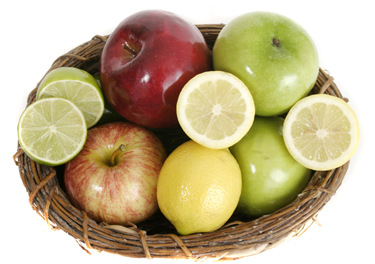 After my first installment, several readers asked me, in varied ways, why I was doing this.

My initial reaction was that I thought the site explained it fairly clearly — the weight loss aspect, the writing aspect — but upon further reflection, I realized that the question touches a host of deeper issues regarding weight, self-image, and societal norms, and that I had not properly addressed those issues.

I hope my Apologia for Weight Loss will explain my take on those issues, and explain a little more about who I am, and what I believe.

During the summer between the sixth and seventh grades, I grew nearly six inches, sprouting out of the following year’s just-purchased school uniform without ever wearing it.

My freakish growth had some benefits: at 5’9″, I was suddenly the tallest boy in my class. However, if I was skinny before (and I was), my furious growth accentuated that fact, until I looked like a cross between a scarecrow and a walking skeleton.

I remained actively involved in sports throughout my childhood, playing league soccer and participating in vigorous street sports nearly every day, without ever feeling sapped of strength, and my sudden growth did nothing to slow that down.

In football, I became a better receiver, as I could outjump the shorter boys, and in basketball, I found I could hold the ball safely over my head while deciding whether to shoot or pass. Alas, the novelty of superior height was (if you’ll pardon the pun) short-lived, as several classmates staged their own growth spurts during seventh and eighth grade, while my growth stalled. Over the next six years, I grew a scant two inches before reaching my full height, just under six feet.

My diet during the later years of my childhood was similar to their earlier years, only with larger portions. Fast food and junk food were the norm. My appetite never lagged, though my weight-to-height ratio never seemed to climb. One clear memory to illustrate the point: Throughout high school, I could count my ribs in the mirror without holding my breath.

Transportation became an issue when I entered high school. My younger brother generally took the bus to grammar school, while my high school was about six miles in the opposite direction, across the river. My father offered to drive me each morning, but wasn’t available to pick me up in the early afternoon because he was working. We arrived at the mutual decision that bicycling was both feasible and preferable, as it would allow me the independence to participate in after-school activities without the need to coordinate transportation.

My father bought me a Bianchi 12-speed racing bike, far more than I needed for simple transit and, though I didn’t suspect it at the time, the gateway to a new passion. I had been riding bikes for years — mostly banana-seated kids’ rigs — but nothing prepared me for the thrill of my Bianchi, the ease of shifting gears as the terrain and wind dictated, the smoothness of the racing tires coasting across the pavement. My high school commute was just the beginning.

Thrilled by the new sensations of cycling, I started taking longer trips after school, traversing the bike trail along the river basin. My spindly legs took on a decidedly firmer tone. After several months, I purchased my first pair of cycling shoes, with grooved soles for gripping the pedals. As my ability increased, my interest piqued, until I was absolutely hooked. By the middle of my freshman year, I had become (at least in desire) a cyclist.

My interest in cycling coincided with the realization that I was not capable of progressing very far in team sports. I lacked the native talent to make the high school soccer team (which was painfully revealed to me during a freshman tryout that was so hellish it rightly deserves its own story). I was too slight for football, too short for basketball, and too slow for most other sports. I was by no means an excellent cyclist, but as I extended my routes, set goals, and pushed myself, I improved to the point where I could compete with most amateurs. I was especially good on the flats, where I found I could maintain high speeds over long periods.

By necessity, the musculature of my legs improved. My calves (employed mostly for sprints) became tight and wiry, while my thighs (used for longer flat stretches) expanded exponentially. Within a year, the shape of my body had completely changed. My upper body remained scraggly and undefined, but my lower body was much larger and toned.

Cycling had a noticeable effect on my appetite. I presume that my caloric output increased along with my activity level, and I started eating and drinking even more. Though the content of my diet did not change noticeably, my portion sizes definitely increased. I treasure one memory (especially now, as my stomach continues its seemingly constant rumble) of a trip — by bike, of course — to a pizza parlor near my high school, where, alone, I ordered and consumed a large pepperoni pizza and drank a pitcher of soda before riding home.

At the end of high school, after three-and-a-half years of cycling training and a highly disordered and chaotic diet, I was 5’11” and weighed 165 pounds.

Another two-and-a-half pounds gone, and that despite a rather indulgent weekend trip to the San Francisco zoo.

If this week’s menu seems excessive, please know that, with the exception of Saturday’s feasting in San Francisco, all of my portions have been smaller than I would normally consume. I don’t weigh my food or attempt to derive calorie counts because it would be far too difficult and pointless to boot, but trust me that I take “starvation” as seriously as I do “journal.”

My weight loss this week was exactly half of last week’s loss — still a loss, of course, but it made me think, what if that pattern continued? Next week, I would lose 1.25 pounds, 0.625 pounds the following week, and so on. By the ninth week, I would be at 227.5 pounds, and forever doomed to remain there, as I would lose just two-hundredths of a pound that week, one-hundredth the next week, forever edging downward, but eventually undetectable. Under this scenario, my total weight loss, after six months of “starvation” would be just over 10 pounds. I may have to rethink this whole Extreme Weight Loss Starvation thing.

Two sensations of note this week: first, the constant hunger has subsided, replaced by an almost-constant hunger. (I know I’m splitting hairs, but it is an improvement.) Second, my clothes felt slightly looser, something I haven’t experienced for a great many years.

Menu watchers will note that diet soda disappeared after last Monday. Several readers suggested that aspartame may be more of a hindrance than a help. I’m still researching this, but decided to forgo in the meantime. I was surprised at how easy it was to go cold-turkey. (There may be something to this self-denial concept, after all.)

No noticeable difference on the basketball court Tuesday night; my energy was still high, although my stomach grumbled throughout.

Noting that I listed diet soda and beer but not water, a reader suggested that I increase my water intake, which would be somewhat difficult for me to do. To wit: While testing the menu feature several weeks before launch, I listed “water” morning, afternoon, and evening, as I generally drink 80-100 ounces a day (well more than the recommended daily amount), in addition to other beverages. Besides being repetitive on the menu, water also has no calories, so I decided to omit it from the menu, and simply include a note explaining my water intake. I failed to do so — hence the confusion, and this note. I have also amended “The Ground Rules” to this effect.

Yes, last Sunday, I had a chicken bake for breakfast, and a bowl of cereal for lunch. Don’t ask.